“The spark of a great idea is the most exciting part of the creative process and sketching out the image in my head, however rough, is the most important part of the process. I put a huge amount of work into every collection with many months of preparation and sketching. For me, in some ways the majority of the hard work goes into the charcoal sketches before I actually set about creating the final artwork. They form a set of visual notes for me which give life to the initial idea, but also, after refining and rethinking, serve as a complete model for the finished artwork. Every image hanging in somebody’s living room began with an idea which I visualised in my head and then translated onto paper as a sketch, so for me the creative process is utterly bound up in my sketches.”

Doug’s background in illustration and technical drawing comes across in these small, but vitally important studies. The clarity with which the original idea is expressed means we can see at a glance that they are the early incarnation of some of our favourite pieces. Doug has become the UK’s most popular published artist, but every published piece begins with an original painting, and these are almost impossible to come by. Working in pastels Doug has the freedom to engage with the canvas directly through his hands which is hugely important to him. From the sketching stage he always has a very definite vision of how the finished image should look, and this means he likes to work quickly, almost aggressively in the early stages of composition. His unique personal technique applies colour with fingers and thumbs, which allows him total control over every nuance. When viewed closely the smudges and shading are apparent, but they are so dexterously executed as to give total clarity to each image, which is one of the reasons why they translate so beautifully into limited edition prints.

Back to all news 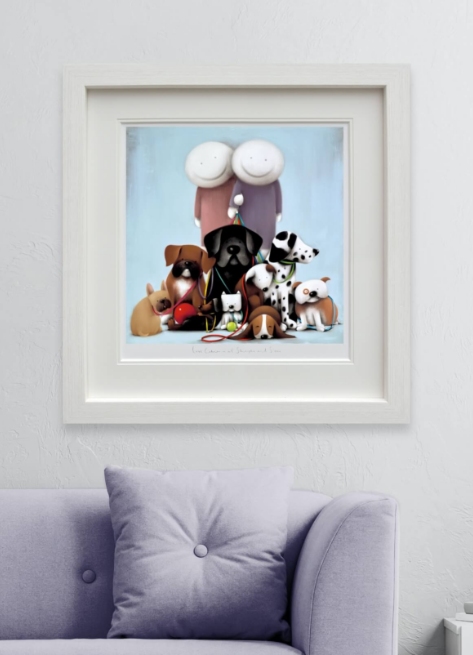 Together Again – new from Doug Hyde